A Picture Is Worth More Than 1000 Words – Postcards From California 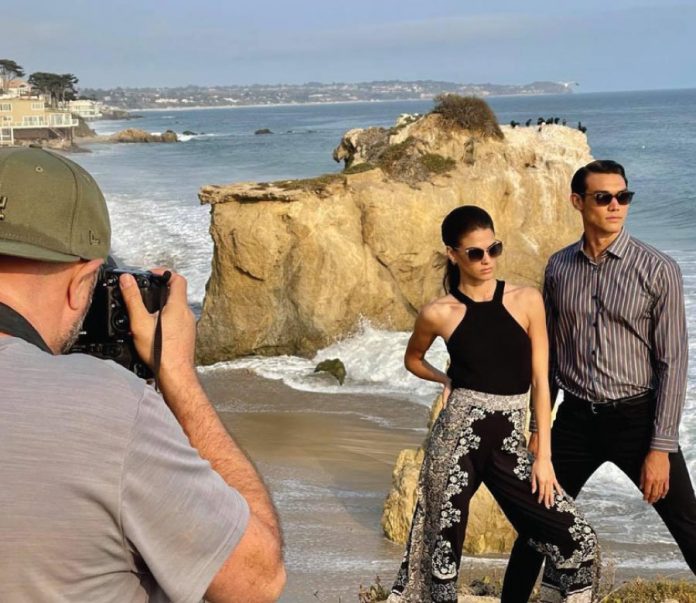 We are a visual organism. We are all attracted to what we see. So much so, seeing is what we have chosen for a profession. So why is it so many businesses don’t look at what we see when we’ve all chosen a profession that helps people see? Why is so hard for optical companies to share good pictures of what they do when everything they do is all about seeing?

Marketing, especially good marketing isn’t cheap. Most businesses will readily agree the costs to do quality marketing are typically made back quickly when more customers come through their doors, their website, or their booth at a trade show. Yet, many an optical manufacturer or optical shop will do little to market themselves and sit and wonder why the phone never rings.

I was fortunate enough to be invited to join Alexandra Peng for another photoshoot last month, for her unique eyewear brand, TC Charton. It had been over two years since the last photoshoot in Cuba. For some strange reason, most eyewear companies did little in new creative photography in 2020 (wink). This time, we were not headed for an exotic foreign island nation, but instead the beaches of sunny southern California.

Masks on, we boarded our airplanes and met up in Ventura, California for the first location of the photoshoot. Joining Alexandra, was her youngest daughter, Agnès, and brand Marketing Director, Bradie Husser. From Croatia, photographer, Dean Zulich, who has been the eyes behind the camera for TC Charton for years, was back in the states and ready to go. We were joined by models, Scott Neslage, who has modeled for TC Charton previously, and Josie Fetters, both of Southern California. Making the models look their best was Emmy award-winning Hollywood makeup artist, Pavy Olivarez. 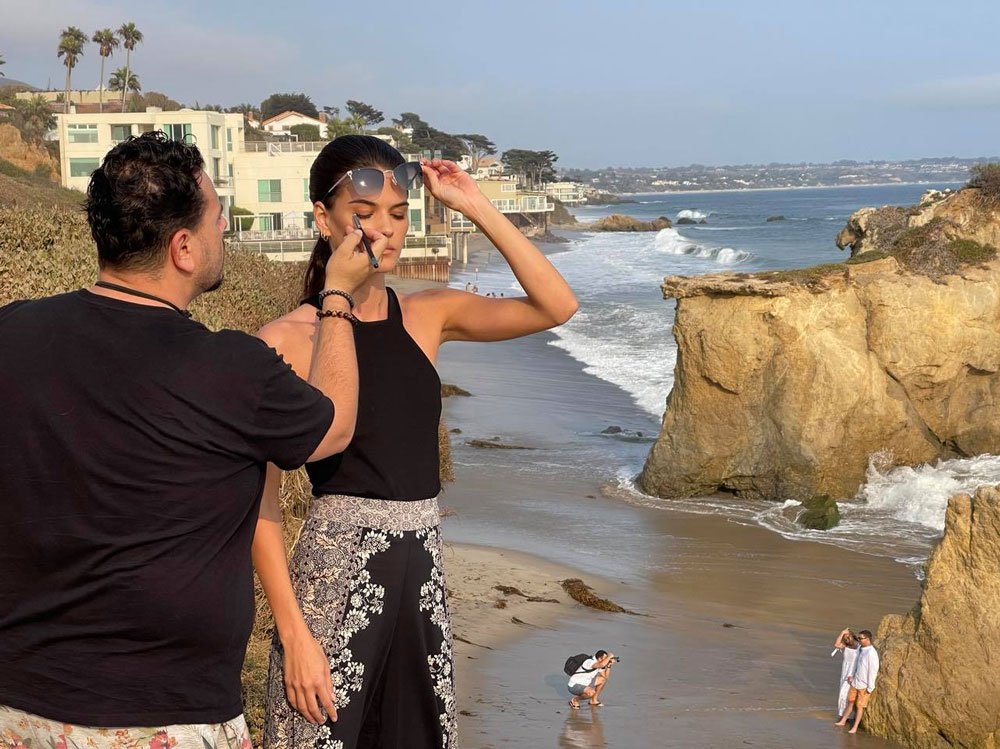 When you consider how small eyewear is in relation to so much of everything else we use every day in the world, it really takes a special eye to capture the shape and color of an induvial frame while showing the beauty of those wearing the frame and world surrounding them. Dean always seems to take in everything that is happening around him to focus on what makes the models and especially the eyewear look good. Here are a couple of BTS shots from our morning shoot in Ventura. 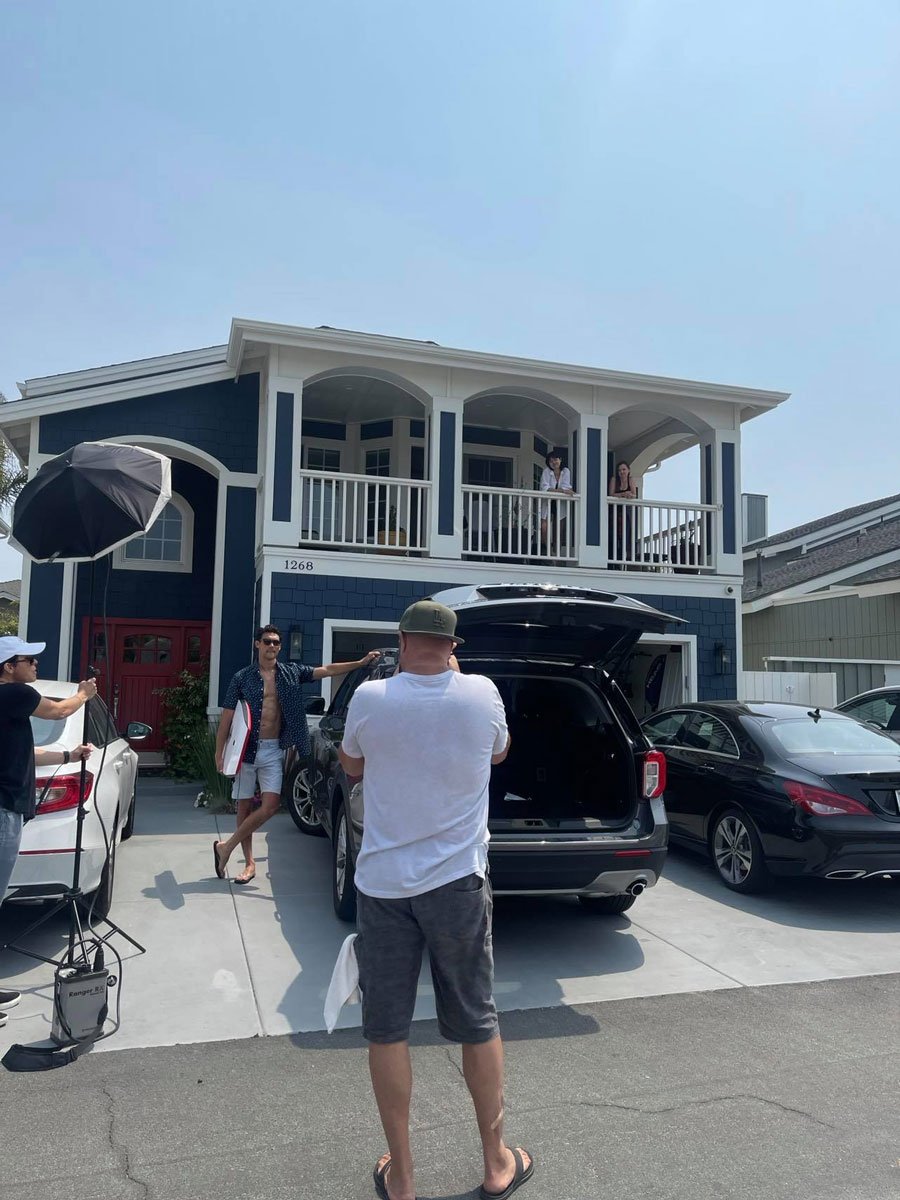 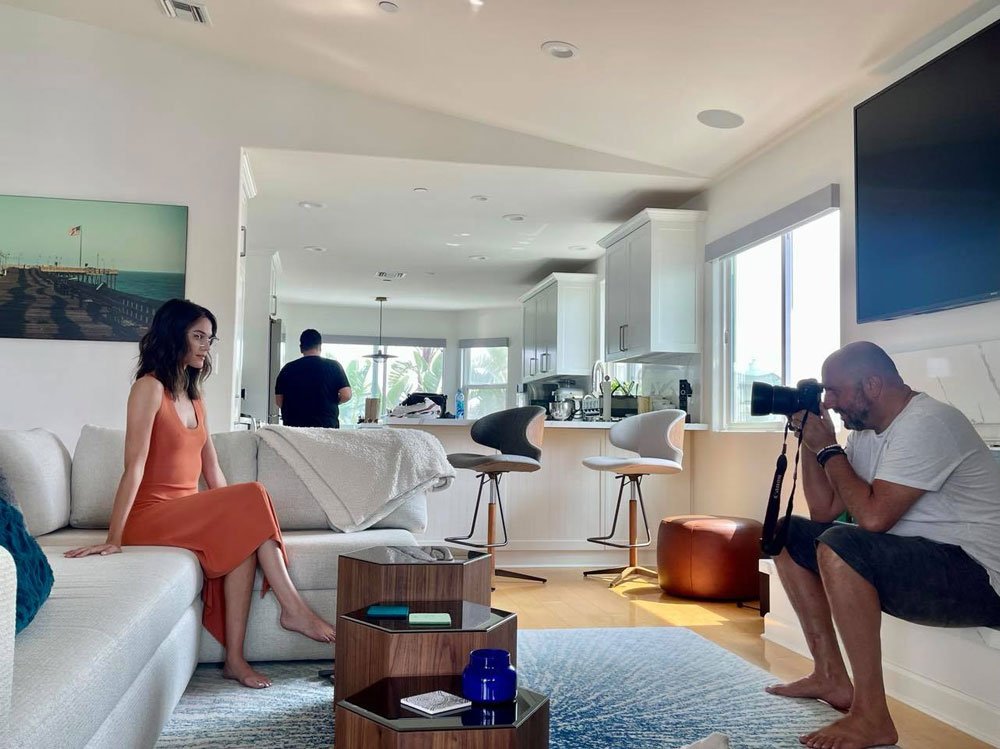 With that portion of the photoshoot wrapped up, it was a road trip down the Pacific Coast Highway to the beaches of Malibu for the afternoon session. With a steep hike halfway down to El Matador Beach, we set up for an afternoon shoot. The parking lot was jammed. The beach was filled with people. The trail to the beach was in constant movement. Yet, in looking at the finished photos, you would think we were the only ones there.

In this first shot, we were photobombed by a seagull at the perfect moment. Here is Scott wearing the Oscar and Josie wearing the Momochi. 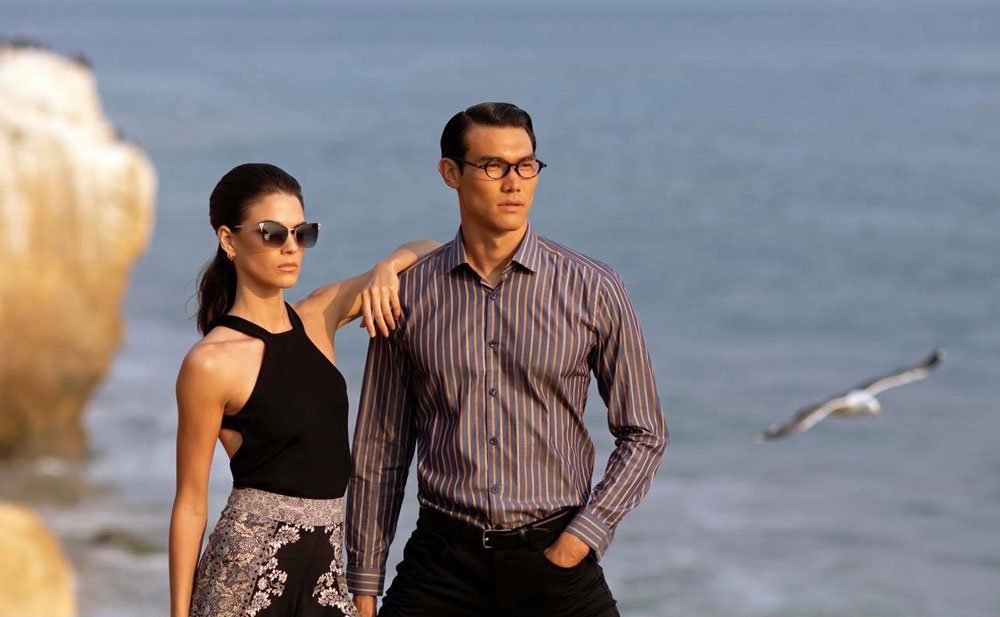 Turning around to face the late afternoon sun, we could see the haze from the forest fires further north that helped create a special diffused look to give this photo a terrific ambiance that serves to focus your attention on the models and their eyewear. Here Josie is wearing the Watami while Scott is wearing the Watanabe, from the W series 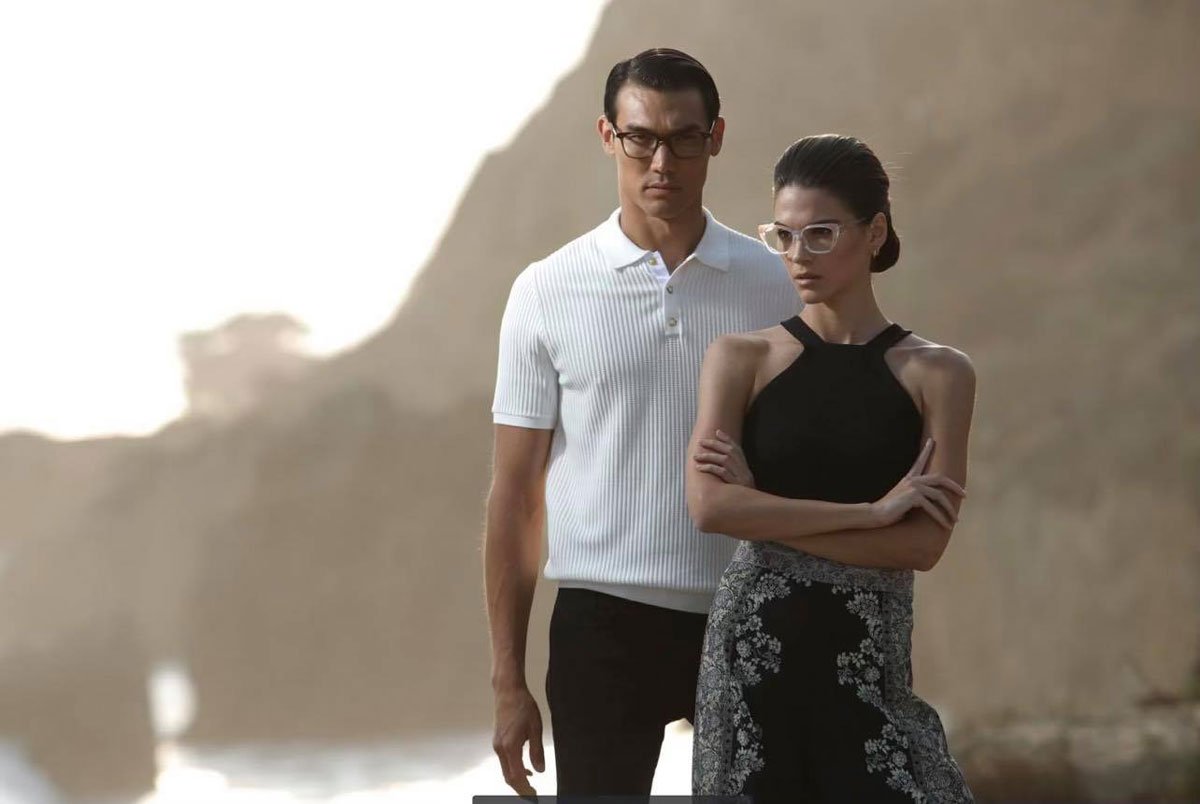 The next morning saw us make the long commute to Long Beach. While I am sure it’s just life as normal for the residents of the greater Los Angeles area, it seems one has to allow several hours to get just about anywhere from one part of L.A. to another. We arrived at a quaint beach house along the beach at Long Beach for day two of our photoshoot, with Agnes modeling for the TC Fit line of eyewear. In the background were dozens of massive container ships all waiting for their turn to unload their cargo, including a lot of eyewear from overseas.

While Agnès was modeling, one of TC Charton’s most ardent fans, Hollywood actor and director, Lynn Chen, joined us. Lynn has been a long-time fan of TC Charton eyewear and when Alexandra asked if she would be interested in modeling while we were in the area, she jumped at the opportunity. After shooting on the beach boardwalk, the entourage moved to the Waterfront area of Long Beach Harbor for a sailboat cruise and photo finale with Lynn as the model. With the Queen Mary in the background and the orange setting sun, Dean was able to capture even more wonderful shots to complete a busy two days of shooting.

Like I did in Cuba, I brought my rather pricey Nikon along to the photoshoot. Despite my best efforts to utilize the set, the lighting, and the talent of the models and the photographer, my photos pale in comparison to the shots a good professional photographer is able to capture. It is so much fun to watch professionals work at what they do best. I lent my hand at lighting and running props, and even I was exhausted by the end of each day. I can only imagine how tired the models and photographer must have been. 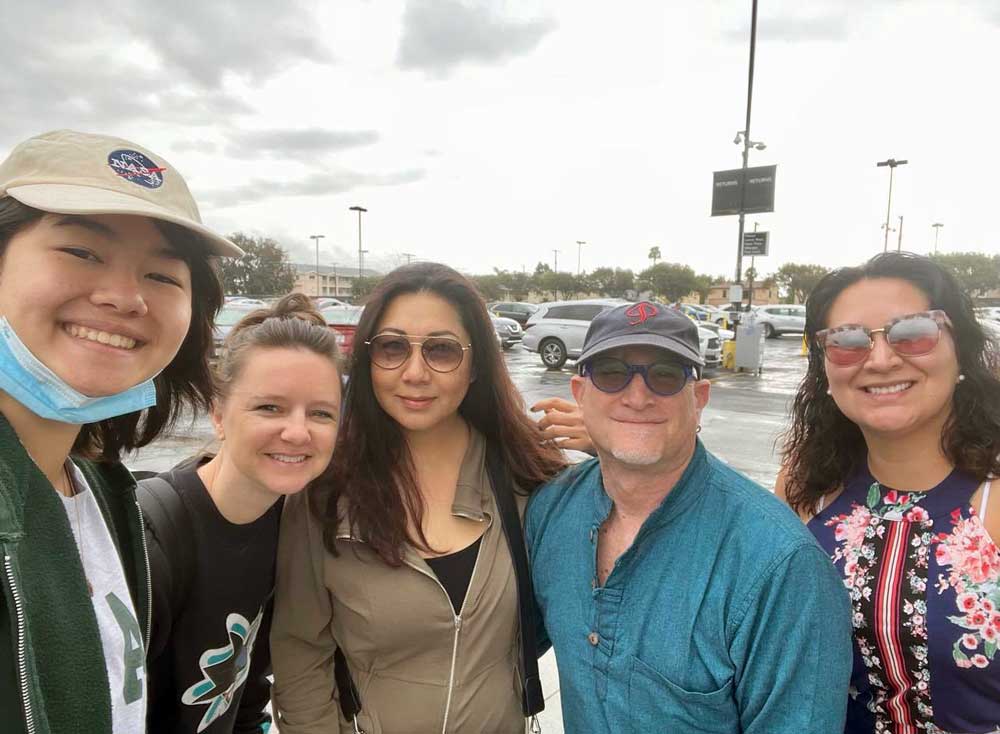 Certainly, it would be much easier for Alexandra and Bradie to take a few product shots in a light tent and call it a day. They realize however that going through all this work will result in lifestyle photographs that will do far more to capture the attention and imagination of ECPs and end consumers.

Check out the new 2021 collection of eyewear from the Southern California photoshoot at the TC Charton booth, U21030 at Vision Expo West in Las Vegas, September 23-25 at The Sands Convention Center.